Saturday morning, I went to the library to prepare the entrance exam of graduate as usual. I remembered that English teacher asked me for replacing the test by a paper.

Therefore, I turned to the multimedia area and selected one movie, a movie which I have heard and desired to see for a long time – The Motorcycle Diaries.


“This isn’t a tale of heroic feats. It’s about two lives running parallel for a while, with common aspirations and similar dreams. – Ernesto Guevara”

At beginning, the above lines suddenly showed up and made me very impressed. In 1952, Guevara was a medical student in Argentina; he decided to disengage himself from his school work and planned to travel around the almost South America by riding their old motorcycle, “The Mighty One”. with his best friend, Alberto Granado (a biochemist)
Their journey was full of challenges, for example, they didn’t have enough money to fix their old motorcycle, to sleep, even to eat. Notwithstanding the cheating was not right, they really overcame those difficulties.
Passing the unlimited land, staying away from the girl friend, family, and all the familiar thing. They saw not only the giant of Andes but also the cool. They met a crowd of miner who were exploited by capitalists. They served people who were isolated since they were sick.
8 months and 8000 miles journey really had changed their lives.
Guevara was going to be a leader of the army of Cuba. And he was killed in October 8, 1967.
I still remembered one scene in the movie well. Guevara tried to convince a girl to be done an operation; he really put his heart with patients. It’s hard to imagine in this modern world.
Actually, I want to do the same crazy thing like them, to find out the other world I may not touch in my boring lifetime, to pursue my own dreams.
Just like Guevara said, we should brace up for everything, although every breath is struggling. 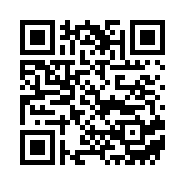